If you suspect you or someone you care about might be addicted to a substance, you may be interested in learning more about the common warning signs of addiction.

In this article, we’re exploring the warning signs that you might be addicted to a substance. 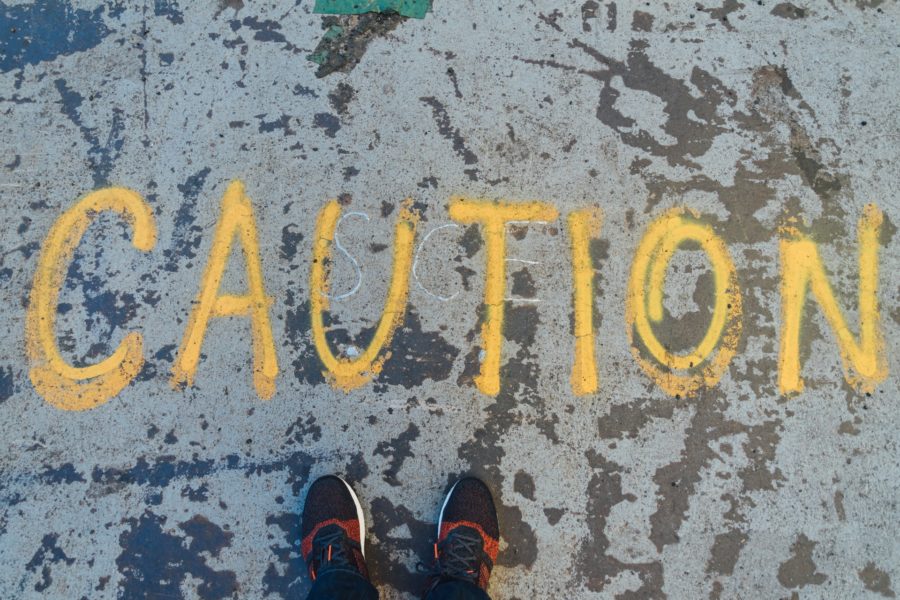 Addiction typically creeps up on us – it’s very rare that someone takes a single hit of a substance and finds themselves addicted, especially with the more common drugs such as alcohol and prescription drugs. Instead, we find ourselves using substances as a crutch to deal with other issues in our life, and before we know it, the crutch itself is the issue.

It isn’t easy for someone to realize they’re trapped in a vicious cycle of addictive behavior. It’s only when you notice a compulsive need for a substance with no way of really stopping yourself that it becomes blatant that you have a problem – and by then, the problem will most likely have been one for quite a while.

The thing about being addicted is that it’s not only hard to self-diagnose, it’s also extremely difficult to admit. People are often in denial about their addiction because they don’t want to know they have a problem.

The stigma behind addiction is massive, and oftentimes, the biggest emotional antagonist you’ll have when facing your addiction is yourself. Shame and guilt are common among people in recovery, and they help perpetuate an addiction.

Overcoming denial requires a thorough understanding of what addiction is, how people get addicted, and why it’s a treatable disease.

Anyone Can Become Addicted

First and foremost – yes, anyone can get addicted. People who struggle with addiction aren’t all riddled with needle marks and open wounds.

They’re often those who you least expect including:

Wherever you might find struggle and strife, there’s typically signs of addiction. And it can happen to anyone. All it takes is one slip-up for someone to tumble down the slippery slope. It begins with a glass of wine before bed, and turns into a bottle a day.

Of course, addiction is still a rarity – not everyone struggling with their job, the loss of someone they love, or another source of stress will turn to drugs as way to solve their issues. There are dozens of ways to relieve stress, some healthier than others.

Addiction happens to be one of the worst ways to deal with excessive amounts of stress. But, it’s an attractive way to deal with stress due to its immediate short-term benefits. Depressants like alcohol, stimulants like cocaine and opiates like heroin all affect the brain in different ways. However, they all allow you to easily take your mind off your problems, while creating new ones.

While most of us deal with stress in one way or another, there are risk factors that increase a person’s chances of adding drug addiction onto their list of problems in highly stressful parts of their life.

Understanding the Risk Factors of Addiction

While anyone can become an addict, some people are far more at risk of choosing addiction to deal with their issues than others.

There’s a reason why you’re more likely to see addiction be a problem in poor neighborhoods and places with high crime rates. It’s because the harder things are, the more attractive drugs become. But there’s more to it than the sheer amount of stress someone is under. Aside from stress, other risk factors include:

These are the major risk factors towards developing an addiction. Aside from the unavoidable ones, such as genetics and family history, these other risk factors may also give you a clue as to why you first became addicted.

Was it due to peer pressure and fake friends? Was it due to a lack of connection between you and those around you? Or were you struggling with depression, and had no one to talk to?

If any of these risk factors are a major part of your life, consider getting help immediately.

Aside from drug use itself, one of the most common risk factors for developing an addiction is mental illness. Most countries in the world aren’t very good at dealing with the mentally ill, and we as a species have had a bad track record at providing adequate mental health care for the most vulnerable among us.

From exorcising victims of personality disorders with gruesome rituals, to utilizing dangerous levels of electricity to administer electroshock therapy (still used today, but in a very different manner), our methods for “treating” these issues have been abysmal until quite recently. And even today, there is widespread confusion and general misunderstanding around what common mental illnesses, like anxiety and depression, really are.

It’s no wonder then that many who struggle with these issues fail to see any reason to turn to anything other than drugs to escape their problems.

However, this often makes things worse. Addiction exacerbates paranoia and self-loathing, sending someone who needs help further down their destructive spiral.

If you find yourself at risk for addiction – or, if you feel like you’re already in the cycle – then get help. No matter how long you have been struggling with addiction, it’s never too late to get better.